From the very beginning, the focus of AKRO-PLASTIC has been on promising engineering plastics.And so in the last 30 years, it has grown into one of the largest employers in the Ahrweiler district of the Rhineland-Palatinate with the production of this plastic compound.

It all began with 12 people and one extruder in the Scheid industrial area in Niederzissen on 05/07/1988. AF-COLOR, operating in its own name as a branch of AKRO-PLASTIC GmbH for the last 15 years, still produces master batches for the plastics industry there today.

But because this location quickly became too small for the plastic compounding facility for engineering plastics, and the industrial area did not have any free space, a new building was constructed in 2002 in the recently opened industrial area of Brohltal Ost on the A61 motorway. The warehouse, laboratory and administration were expanded in 2010 and a second production hall opened at the same location in 2012.

As at 31/07/2002, AKRO-PLASTIC employed 67 people, and by 31/07/2012 this figure had grown to 217. Today around 390 people are employed at the two sites in Niederzissen. In addition to the growth at home in Brohltal, AKRO-PLASTIC now also operates on the international stage.

In order to be able to continue growing with the major international customers, AKRO-PLASTIC initially invested in production sites in the Asian market in Suzhou, China, and later in South America in the state of São Paulo, Brazil.In 2014, bioplastics were added to the portfolio, another type of plastic with excellent future prospects, and the BIO-FED branch was established in Cologne.

With these strategic steps, the company has enjoyed steady growth in the last 30 years and today is a source of comprehensive expertise in the area of plastics compounding, with a yearly worldwide production capacity of more than 180,000 tonnes at technologically identical and cutting edge production sites. This is offered to all business partners under the protected ICX® technology. 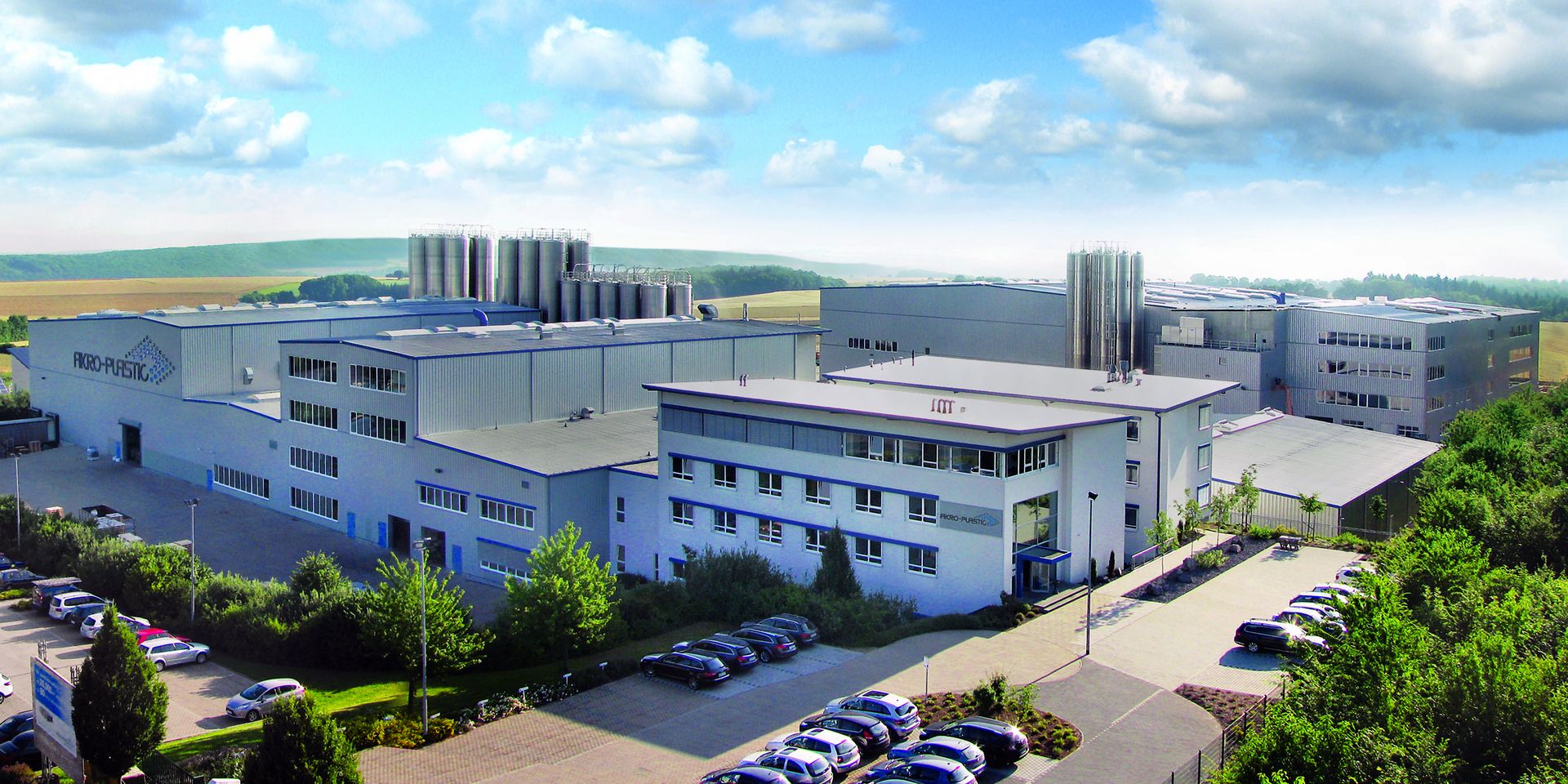 The production sites of AKRO-PLASTIC GmbH is in the Brohltal Ost industrial area in Niederzissen, Germany.